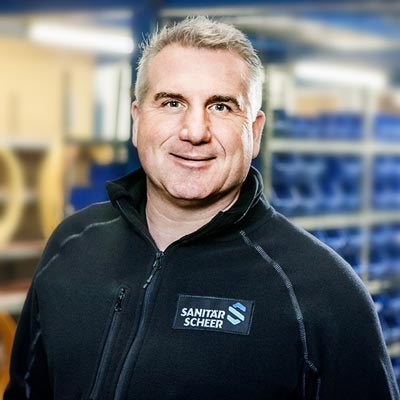 In 2013 Stephan Scheer, businessman from Bleckede, bought the listed building at Egersdorffstrasse 1a. Until 2006 it had been occupied by the Lüneburg Department of Education. The task of conversion began in 2016. Stephan Scheer needed a vivid imagination to see something in the desolate property and embark on a project that has involved enormous planning and even more effort.

In close cooperation with the Department for the Preservation of Historic Monuments, great care and attention to detail was lavished on converting the building into the Wyndberg Hotel.

THE SYNDIKUS’ HOUSE ON WINDBERG

Lüneburg artist and local magistrate Rudolf Jochmus (1818-1891) painted this water colour of the south façade of the grand house as it stood in 1879; the painting is now in the Museum for the Principality of Lüneburg (E. Michael/E. Ring: Porträt einer Stadt, Ansichten Lüneburgs im 19. Jahrhundert, Lüneburg 2005, p.143 Portrait of a City, Views of Lüneburg in the 19th century) However, the perspective is such that it shows neither the site’s elevation above the line of trees on Bardowick Wall (visible on the left) nor the steps leading up to the front garden. The seven south-facing windows of the symmetrical ground and first floors are largely obscured by leafy trees on this drawing. However, it must have been a rather special house for the painter to have decided it was worth portraying. The wall and outbuilding, probably a coach-house, shown in front of the house have long since disappeared. The spot from which the house is viewed can be deduced from the steps on the right leading up to Marienplatz, where the road bends to the right.

Who used to live in this house on the slope near the Town Hall? The City Council built it as a house for whoever was currently the legal counsel and representative of the city. Wilhelm Reinecke’s 1925 book about Lüneburg Town Hall

indicates that as far back as the 15th century the Council Syndikus, or lawyer, was provided with “elegantly-appointed government lodgings on Windberg”, (p. 29). In his History of the City of Lüneburg, which appeared in 1933 (Vol. 2, p. 604 ff), Reinecke notes that, “When in 1437/38 a house was demolished and replaced by a new “domus syndici” for the Syndikus, Prussian floor boards were procured through the services of a Town Councillor and the skipper of a barge plying the Stecknitz Canal; the weather-cock supplied by Master Helmold was gilded, the gable window surrounds were fitted with cut, glazed stones, the living room panelled in wood; there were 28 window frames and 54 glass window panes, the courtyard was paved, the front door was fitted with a ring and there was no shortage of wrought-ironwork; ... the heating was like that used in the Council Chamber”.

In 2006 dendrochronological testing confirmed that the building did date back to this time. The oldest beams in the house could be dated to 1438. The cellar was probably a remnant of the building that had been demolished.

In 1442 a certain Peter Clitzke, lawyer from Brandenburg, used this house as his Town Council office, earning a salary of 100 Rhenish Guilders a year; he was succeeded in 1449 by Otto Berlin, Cathedral Dean from Verden who was paid 100 Lübisch Marks a year; his successor in 1460, Dr. jur. Johanness Maler from Stade only received 60 Lübisch Marks. In 1481 Dr Hermann Gropelinck took up the post; Dr. Jur. Stephan Gercke, appointed on1.8.1530, was counsel during the turmoil caused by the Reformation (Uta Reinhardt: Die Verwaltung der Stadt Lüneburg im Mittelalter, in: Alles was Recht ist, Lüneburg 1997, p. 104-107).

Dr. jur. Johann Dutzenradt († 4.11.1575)† from Erfurt was Syndikus from 1548 to 1562; in 1563 he converted the water mill estate in Bienenbüttel into a spacious manor, growing fruit, wine and hops on the property which also supported a brewery and tavern; his son and heir sold the estate to Gutsherr Dietrich von Harling in1587.
verkaufte.

Dr. Heinrich Husanus (1536-1587) was named as Council Syndikus in 1574 and spent the years 1576 to 1583 in reforming the legal code of Lüneburg city; in so doing he adopted parts of Roman Law then applicable throughout the Reich. His father Johann Husanus was mayor of Eisenach and Heinrich studied in Wittenberg, Ingolstadt, Bourges and Padua before taking up work with the Reichskammergericht (Imperial Chamber Court) in Speyer in 1560 and becoming law professor in Jena a year later. He owned an estate in Tessin near Wittenburg and was Councillor and Chancellor in Mecklenburg when he arrived in Lüneburg.

Dr jur. Wilhelm Wulkovius, elected mayor in 1639, had already been the Syndikus working from Windberg since 1629.

Around 1800 the house was owned by Johann Christian Timmermann, who was the Consul (i.e. mayor) between 1785 and 1799 and was purchased in 1866 by the Privy Medical Councillor Dr med. Friedrich Conrad Lindenberg (1797-1881) (Deutsches Geschlechterbuch 167, 1974, p. 445; Schoßregister im Lüneburger Stadtarchiv: AB, no. 73/1 to 73/264). During the cholera epidemic of 1831 he locked himself into an emergency hospital in the St Johannis rectory in order to look after the victims. By this time, not every municipal lawyer was using the house as a residence and office. On the other hand, however, the evidence shows that for centuries only the city’s dignitaries were able to afford to live in this “palace” and pay for its upkeep. Highly respected members of society who had rendered special services to their fellows were regarded as “dignitaries”.

we use cookies. That helps us to make this site better. more informations